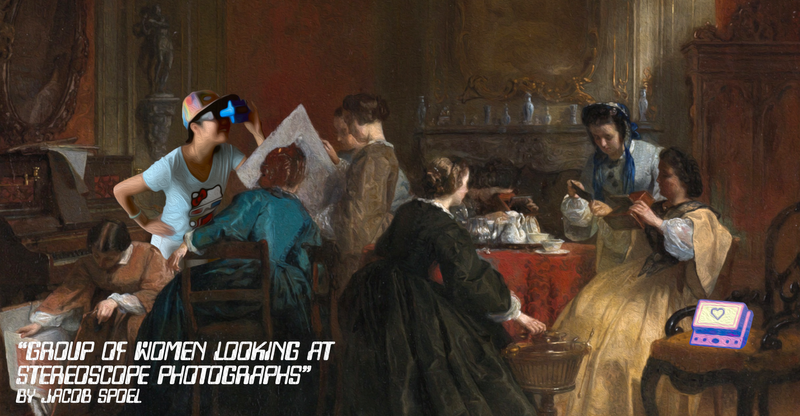 What is a Stereo Photo?

Have you ever wanted to create your very own 3D photos from cameras or devices you already own? While 3D scanning technology has been around since the 80s, most of the early methods were either too crude (like contact-based scanners with articulated arms) or way too complex (like laser triangulation arrays). Lucky for us, that’s no longer the case. With today’s technology, it’s much easier to make your own 3D models without any fancy equipment. This is the magic of stereo photos and videos. In this guide we show you a few ways to get convert your stereo photos into depth photos to view them on your Looking Glass Display.

Depending on the person you ask, this phenomenon can be referred to in a myriad of terms — stereoscopy, stereopsis or simply 3D pictures, among others. In any case, it’s a concept that most of us use in our daily lives, even if we aren’t aware of it.

The word “stereo” actually originates from Ancient Greek and means “relating to space”. By forming a composite image from the two images that our eyes see (thankfully your brain does this automatically) we can estimate how close or far objects in our view are. This is what we call depth perception.

Have you ever noticed how flat your vision may appear when one eye is closed?

A normal picture on paper, film or a computer screen is only one-eyed, meaning it is captured one lens and cannot convey a truly spatial perception*–resulting in a* flat picture. By taking two lenses and imitating the way your two eyes see, stereoscopy creates a spatial image.

If you already have a pair of photos captured from offset perspectives, then you can use the Looking Glass to view the resulting stereo photo. Creators from our community have demonstrated time and again that they want to port a whole archive of stereoscopic images into the Looking Glass. A company called Triaxes has put together a whole suite of tools, and recently updated their version of StereoTracer to support the conversion of stereo photos to something you can view inside a Looking Glass. What the program does is calculate the depth map image from a stereoscopic photo.

StereoTracer works with a user-drawn depth map and automatically calculates one or two depth maps out of a stereopair for further 3D sequence rendering.

RMr. Masuji Suto has also added Looking Glass support directly to his popular StereoPhotoMaker (SPM) software and using similar techniques to Triaxes, is able to generate a depth map from a right/left stereo photography pair. And while we’re at it, let's not forget that we've made it easy for you to get started with our in-depth tutorial on how to use StereoPhotoMaker with your Looking Glass display.

Combined with our proprietary light field technology, the Looking Glass can now display a converted stereo photo as close as possible to how it would look like in the real world. With the aforementioned tools by Triaxes & Masuji-san, Looking Glass users can view stereo photos from different angles and see the variations in depth of the features in the photo. There’s no eye-tracking trickery here — the light field holographic display actually shows how the stereo photo looks like from different angles.